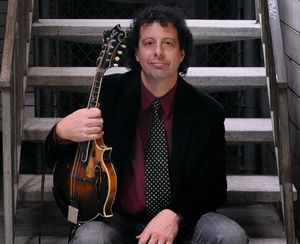 Musical Director Mike Marshall is one of the world’s most accomplished and versatile string instrumentalists. A master on mandolin, guitar, mandocello and violin, he has created some of the most adventurous instrumental music for over 35 years, with concert tours that have taken him around the globe. Able to swing gracefully from jazz to classical to bluegrass to Latin styles, he puts his stamp on everything he plays with an unusually potent blend of intellect, skill and emotion. His versatility and statureis perhaps illustrated best by the list of collaborators he has worked with, including David Grisman, Bela Fleck, Edgar Meyer, Chris Thile, Joshua Bell, Darol Anger, Hamilton de Holanda, Hermeto Pascoal, Mark O’Connor, Stephane Grappelli, Caterina Lichtenberg, and many more. His own groups have included the Montreaux Band, the Modern Mandolin Quartet, Turtle Island String Quartet, Psychograss, Choro Famoso, and more. Mike can be heard on hundreds of recordings as a composer, featured artist, sideman and producer, and he has received a number of Grammy nominations and awards throughout his career. www.mikemarshall.net
Chris Acquavella (San Diego, CA) 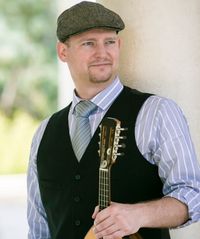 San Diego’s Chris Acquavella is an award-winning classical mandolinistwho performs on both modern and baroque mandolins, using period techniques. He has performed at major venues across Europe and America both in a solo and chamber music capacity. He is Artistic Director and Conductor of the New Expressions Mandolin Orchestra, and founder/director of the San Diego Classical Mandolin Camp. He also composes new works for mandolin & mandolin ensembles, several of which are now published by Joachim-Trekel-Musikverlag, Hamburg. www.chrisacquavella.com
Brian Oberlin (Portland, Oregon) 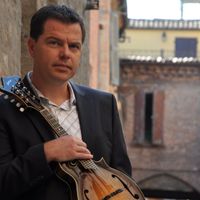 Brian Oberlin is an internationally acclaimed solo mandolin player and educator. During his 13-year professional career, Brian has been playing swing, bluegrass, and Italian classical as a solo mandolinist and vocalistand has just released his third solo album, Mandolin Troubadour. Brian is also the founder and director of the River of the West Mandolin Camp and the Oregon Mandolin Orchestra. www.mandoberlin.com
Eric Stein (Toronto) 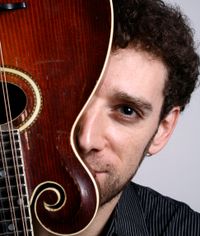 Eric Stein is a multi-instrumentalist and a leading figure in Canada’s World, Folk and Jewish-roots music scenes. He is founder and leader of the innovative klezmer/world fusion group Beyond the Pale, with whom he has performed across North and South America, Europe and Australia and released three award-winning CDs. Eric also leads the Brazilian choro ensemble Tio Chorinho, and has served as Artistic Director of Toronto’s Ashkenaz Festival since 2006. www.estein.ca
Radim Zenkl (Sacramento, CA) 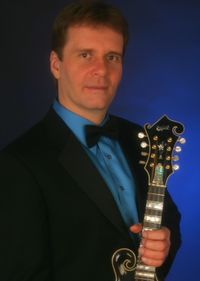 Originally from Ostrava, Czechoslovakia, Radim Zenkl is an award-winning mandolin soloist and educator who has recorded five solo CDs and participated on over seventy others. Now living in Sacramento, California, Zenkl is a past winner of the prestigious U.S. Mandolin Championship held in Winfield, Kansas, and in his over two-decade career has shared stages with the likes of Jerry Garcia & David Grisman, Tuck & Patti, Bela Fleck & The Flecktones, and many others. Radim is known particularly for his adventurous compositions and unique style of solo mandolin performance. www.zenkl.com
Avi Avital (Israel) 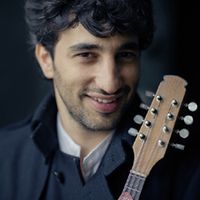 Avi Avital is the first mandolin player to receive a GRAMMY nomination in the category “Best Instrumental Soloist” (2010) for his recording of Avner Dorman’s Mandolin Concerto. He has won numerous competitions and awards and collaborated extensively with artists such as clarinettist Giora Feidman, soprano Dawn Upshaw, and trumpeter and composer Frank London. He is deeply committed to building a fresh legacy for the mandolin through virtuosic performance and commissioning new works in a range of genres.
www.aviavital.com
Dana Rath (San Francisco) 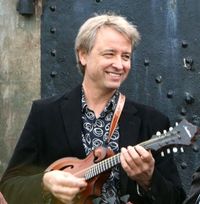 Dana Rath performs classical,bluegrass, folk and new acoustic music on guitar, mandolin, and octave mandolin. He is a co-founder of the Grammy-nominated Modern Mandolin Quartet, and has studied with mandolin luminaries including Keith Harris, Gertrud Troester, Emmanuel Sheynkmann, Andy Statman, and Caterina Lichtenberg. He has performed internationally at a number of prestigious venues, as well as with many symphonies, orchestras and small groups. www.modernmandolinquartet.com
Don Stiernberg (Chicago) 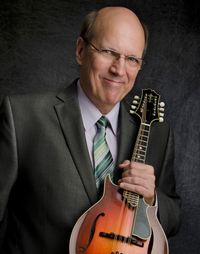 Don Stiernberg is a leading exponent of jazz mandolin. He learned to play from the influential virtuoso Jethro Burns, who referred to Don as his “graduate student” and guided him into a career in music which has already lasted forty years. His latest recording, “Mandoboppin!’” is his eighth and features his own compositions. Don tours nationally and abroad with his trio, in addition to appearances and recording sessions in and around his native Chicago. He also enjoys teaching (Mandolin Symposium,European Mandoline Akademy) and writing about jazz mandolin (Mandolin Magazine, Mel Bay). www.donstiernberg.com
Tim Connell (Portland, Oregon) 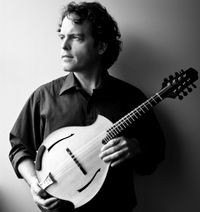 Tim Connell is graduate of the New England Conservatory of Music and a virtuoso multi-instrumentalist. Based in Portland, Oregon, Connell is forging a unique and sophisticated new voice for the mandolin in his recordings and tours with Mando Planet, jazz guitarist Eric Skye and the Brazilian choro group Rio Con Brio. His in-depth study of both Brazilian and Irish music, have led Tim to synthesize a personal style on the mandolin which is harmonically advanced, rhythmically diverse and brimming over with sparkling ornamentation. www.timconnellmusic.com
Adam Roszkiewicz (San Francisco) 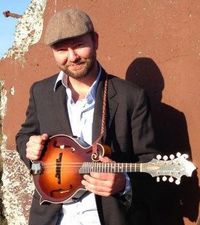 Adam Roszkiewicz performs classical music, bluegrass, country, folk and new acoustic music on guitar, mandolin, and mandocello. He is a graduate of the San Francisco Conservatory of Music and has performed at prestigious venues around the world, including Carnegie Hall. Adam is a member of the bluegrass band Front Country and the Modern Mandolin Quartet, whose 2012 album Americana received a Grammy nomination. www.modernmandolinquartet.com